Isaac and Michael went to law school together, where they both met Alyssa, Isaac’s ideal girl – but she was already dating Michael, who treats her poorly and with indifference. When Alyssa disappears, Isaac accuses Michael of having something to do with it and their friendship comes to an end.
14 years later, Isaac and Michael cross paths again – this time on opposite sides of a gruesome murder trial. When Michael reopens an old wound, Isaac decides to revive the investigation into Alyssa’s disappearance and see that Michael gets what’s coming to him…To prove his involvement in a crime nobody seems to care about…And to see that the punishment fits the crime.

When school and subsequent college friends Isaac and Michael have a big falling out it’s over a girl, Alyssa. Alyssa goes missing in the first year of law school and is never seen or heard from again. Isaac is haunted by her disappearance and his old feelings over Alyssa are ignited when he faces Michael in a case fourteen years later. Pursuing his suspicions about his former best friend Isaac is consumed with finding Alyssa.

Meizius writes quite a malevolent antagonist in Michael with hugely sinister undertones, but I found myself rooting for the underdog Isaac as he battles for morality to find out what happened to Alyssa and bring the culprit to justice by putting his life, marriage and career on the line. 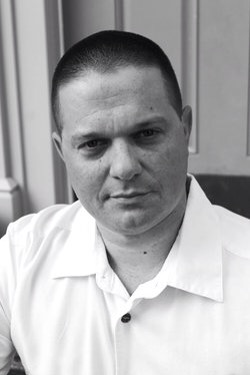 Aaron Meizius was born and raised in Gainesville, Florida. At the early age of 12, Aaron wrote his first short story. He continued to write regularly – both poetry and prose – until joining the Army shortly after his 19th birthday. While serving on active duty in the military, he founded a small book publishing company, Meizius Publishing, with the dream of eventually rejuvenating his lost love of writing and publishing his own work. The company has since grown to include works by more than a dozen authors and artists, including Grey Matter: A Science Fiction & Fantasy Digest, which Aaron began putting together in February 2015.

Aaron lives in Virginia with his wife and two children.