This rather unusual read is a fictional account of a lost film or a film that never existed according to the hype in the book called The Cornfield People (aka Operation D-minor and The Phantom), which is about the secret of life and broadly speaking about the secrets held by a cult of near death survivors who will do anything to protect their cult and the secret they know.

When one of their own flees them and tries to give this secret to a journalist at a Paranormal magazine, Joe Fischer, the journalist in question must jump through a series of hoops to find validity in this bizarre tale and get to the bottom of this secret in order to write his expose.

Written as a scene by scene account of this mysterious film and annotated with editorialized footnotes (which incidentally don’t work very well on Kindle as the author has not taken advantage of the Word Wise feature to aid readers by simplifying the text) from various legendary filmmakers, like Ridley Scott and Tarantino, this is one hell of a read for film enthusiasts and though I would never describe myself as a film enthusiast I did get swept away by the mystery contained in this elusive novel. I have never read a book from this author before but I found A Book About A Film, an original, if not unusual read.

However, as much as I enjoyed it the lack of formatting on ereader and the frequent typos made this probably the most difficult ebook I have read to date. 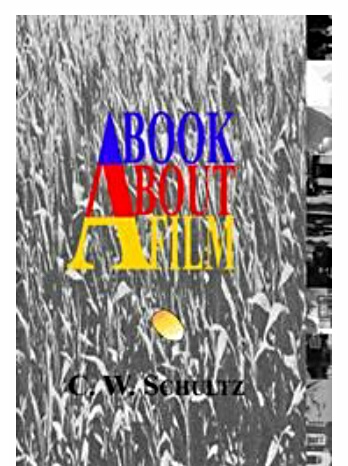