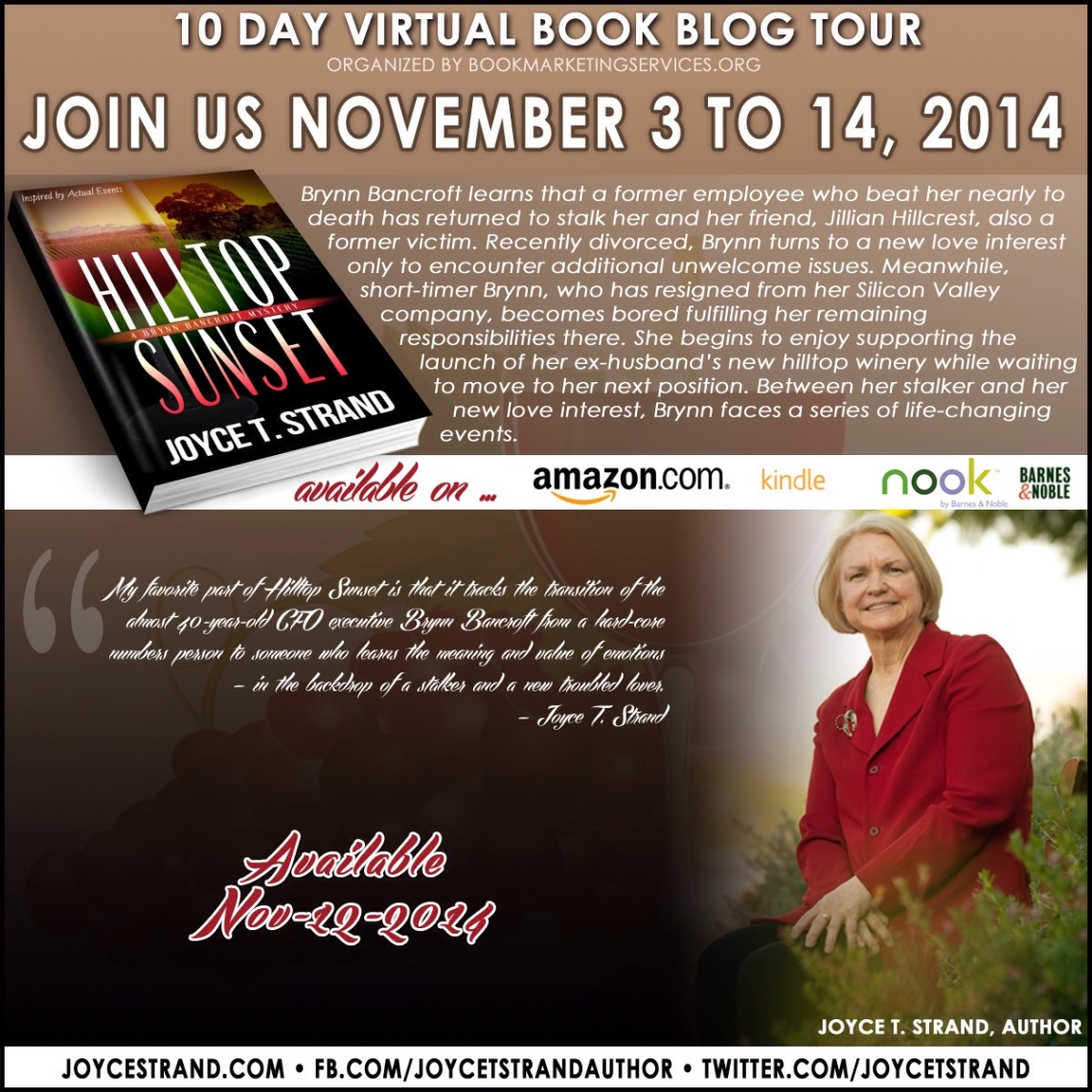 I am delighted to host my second Blog Tour on Ajoobacatsblog, on behalf of Book Marketing Services. Hilltop Sunset is the first in the Brynn Bancroft Mystery series by Joyce T Strand and is my first book from this author, but having not read any of her previous books did not detract from my enjoyment of this mystery romance novel.

Brynn Bancroft, company executive and CFO or Harmonia, is recovering from being attacked by former employee Isobel, whilst she winds down her role at Harmonia after deciding it's time to move on. She has also just invested in a vineyard with her ex-husband and is throwing herself with passion into this new project. Whilst the hunt for Isobel, dangerous and still at large continues, Brynn meets Todd, handsome, sensual and available, however when at odds ex-wife follows her out of the blue, Brynn is taken aback, but when she turns up murdered her world is rocked.

Set in the backdrop of California, San Fransisco and Napa Valley this idyllic setting adds allure to this murder mystery. Brynn is a very likeable protagonist and seems to undergo growth and transformation during the course of the book, as she not only deals with present adversity but the implications of her former abuse at the hands of her father. Add in her feeling for her ex-husband and emotionally Brynn has some serious decisions to make.

A very capable and engaging novel.

Available to buy from:

Please do enter a Rafflecopter giveaway to be in with a chance to win one of these prizes.

Joyce T. Strand is the author of who-done-it mysteries set in the San Francisco Silicon Valley and Napa-Sonoma wine regions of California.

Her most recent novel, HILLTOP SUNSET, is the first of a new series featuring protagonist Brynn Bancroft, a financial guru in transition to winemaker from corporate executive. Brynn Bancroft is a minor character in Strand’s novels ON MESSAGE, OPEN MEETINGS, and FAIR DISCLOSURE—three mysteries solved by Jillian Hillcrest, a publicist whose boss was Chief Financial Officer Brynn Bancroft.

Much like her protagonist Jillian Hillcrest, Strand headed corporate communications at several biotech and high-tech companies in California’s Silicon Valley for more than 25 years. Unlike Jillian, however, she did not encounter murder in her career. She focused on writing by-lined articles, press releases, white papers, and brochures to publicize her companies and their products.

Strand lives with her two cats and collection of cow statuary in Southern California, and seeks out and attends as many Broadway musicals and other stage plays as possible.

She received her Ph.D. from the George Washington University, Washington, D.C. and her B.A. from Dickinson College, Carlisle, PA 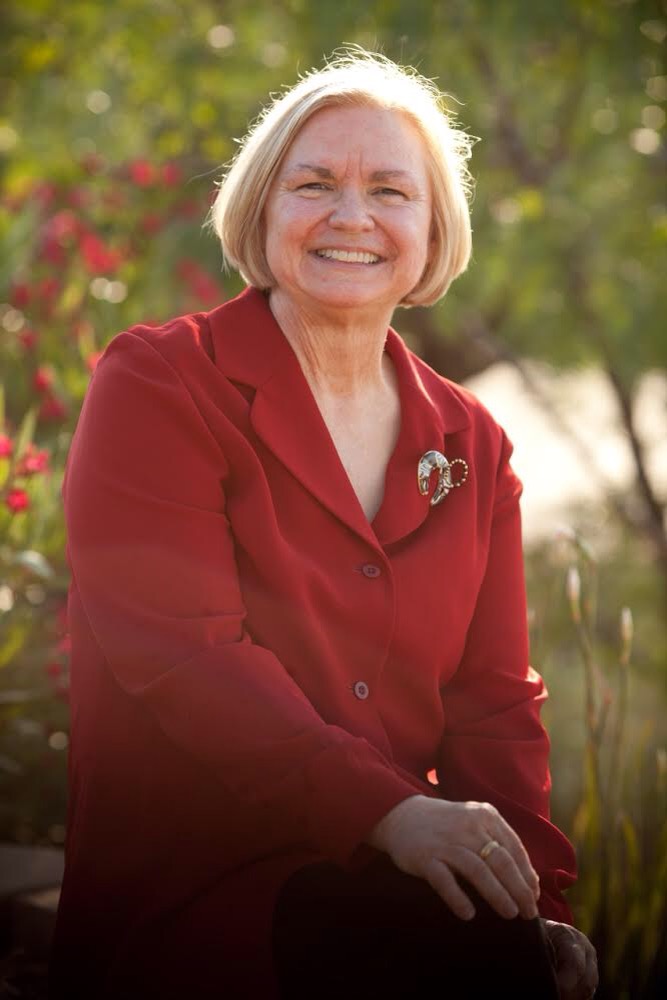