Set in Southampton this gruesome thriller about the disappearance of 8 year-old Natalie Barrett leads Detective Inspector Vincent and his team on an investigation that sees one of their own put in danger. Natalie’s school teacher Sarah is appalled and devastated by the loss of her star pupil and is convinced someone from her past may be responsible for the disappearance of the little girl.

As suspenseful and eerie as this thriller is to read I found the language stilted and a little wooden near the start of the book which doesn’t make it difficult to read but left me feeling that the narrative lacked a certain polish. I predicted correctly who our perpetrator was by 1/3 of the way through the book and the mounting bodies did nothing to make the book more fascinating unfortunately.

There were some errors in the book such as an airway being removed from the oesophagus but all in all it was not the worst thriller I have read by a long shot but I am not sure I want to read another by the same author given the shortcomings of this one.

Life for Julia’s parents changes devastatingly when her father, Jack, loses his job as an oysterman, due to environmentalists campaigning against the local adverse effects of oyster farming. This results in her mother taking jobs waiting tables and her father signing on for unemployment and the family needing welfare. Despite training as a machinist, things get harder for the family. Julia is enrolled in the government’s Head Start programme to help her parents with childcare whilst they work and search for jobs but she is eventually taken away by social services when the family are forced to sleep in their car.

This story is instantly relatable and well-written and very sad indeed. The human desperation of Julia’s parents as they fight to keep their family together is palpable and what’s haunting is that the story could so easily be true. I loved reading this book as the author so eloquently describes a dire situation making you live it alongside his characters, whom you grow to like and care about, but a lot of this book is politically charged which means less to those of us not living in America dealing with the changes brought about by the current government.

Jim is in his 50s and has a stutter. He has rituals he must perform to keep himself safe and has been admitted to Beasley Hill, the former hospital for psychiatric patients locally, a number of times since he was 16. When Eileen comes into his life she brings with her a disorder to his routine that Jim finds unsettling but he is also fascinated by her. Concurrently we read about Byron Hemmings who is a 10 year old boy in 1972, living in the country with his sister, Lucy and stay-at-home mother, Diana, attending Winston Hall a local independent school. His father comes home at weekends from working in the city. Byron’s best-friend James tells him about 2 seconds being added to the atomic clock that year, which results in a chain of events that lead to traumatic and tragic consequences for both of them.

This story is not so much told as unwound and Joyce does so tantalisingly and sensitively as she delves into the mind of Jim, a florid OCD sufferer. You cannot help but feel compassion for a person who is wrapped in his compulsions, hindered by a high level of anxiety and possibly suffers the effects of over zealous ECT therapy from the late ’70s. Quite how Jim’s story is related to or intertwined with Byron and James, two bright young boys in scholarship programmes, heading to prestigious University places and bigger and better futures is not clear, but sadly the characters are tied and as you read on you find that the supposed addition of 2 seconds that year changed everything for Byron and James.

The story reaches a crescendo at around 80% of the way through when you are jolted as the reader into the losses and derailment of a young vulnerable boy and it’s sad consequences. The build up to this point is subtle and effective. Joyce masterfully uses the surroundings as well as the characters to paint her scenarios.

We all make mistakes and Joyce’s characters no doubt have their flaws but I think many of us can relate making mistakes that are harder to get over so we punish ourselves over and over again rather than regenerate and move on as is the healthy alternative. “Sometimes it is easier, he thinks, to live out the mistakes we have made than to summon the energy and imagination required to repair them.”

Rachel Joyce’s Perfect is far from a light read, but is no high octane read and this coming of age story coupled with a story of forgiveness is one that you need to spend time with as the tale unfolds one emotive chapter at a time. 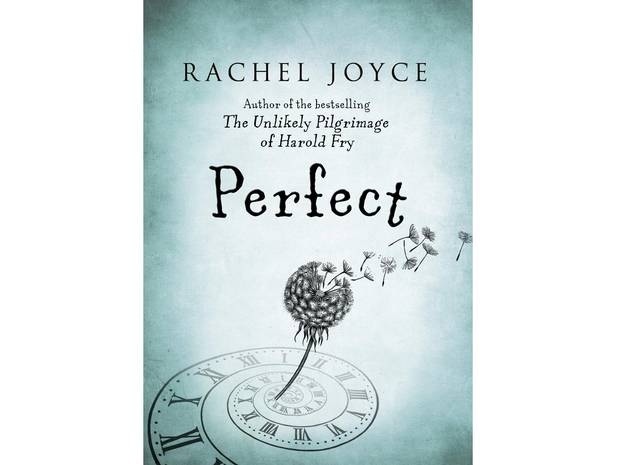 The Most Distant Way by Ewan Gault.

Please click above to read my first book review for The Review Group.