Sometimes you can be so close to evil, you can’t even see it.

Police detective John Grayson’s worst nightmare comes to life when he investigates a chilling double homicide and discovers that his best friend, David Vincent, is the prime suspect. As John unravels the mystery and trails the killer across Missouri, he finds himself caught in the web of David’s twisted psychological schemes. The terror increases when Emily Dolon, the woman both John and David have loved since childhood, becomes the target of David’s macabre mind games.

Trapped between his duty of solving the case and his devotion to his best friend, John struggles to find the truth, knowing he must execute justice, even if it costs him lifelong loyalties or his own life. Blind Evil is a taut psychological thriller that explores the dark place where sanity and madness collide.

A riveting thriller about a psychologist who was abused as a child by his meth-addicted parents and his two best friends Emily and John. When Emily breaks her engagement off with David and falls in love with John, David seems to take the news very well, too well in fact.

This love triangle is corrupted by the experiences David had been through resulting in a very malevolent side of him emerging.

David was a creepy character before his transformation and I found myself questioning how much good friends would have overlooked, for example the killing and hurrying of 55 animals? Anyway the good hits made this thriller worth it, even if some part left me unconvinced. 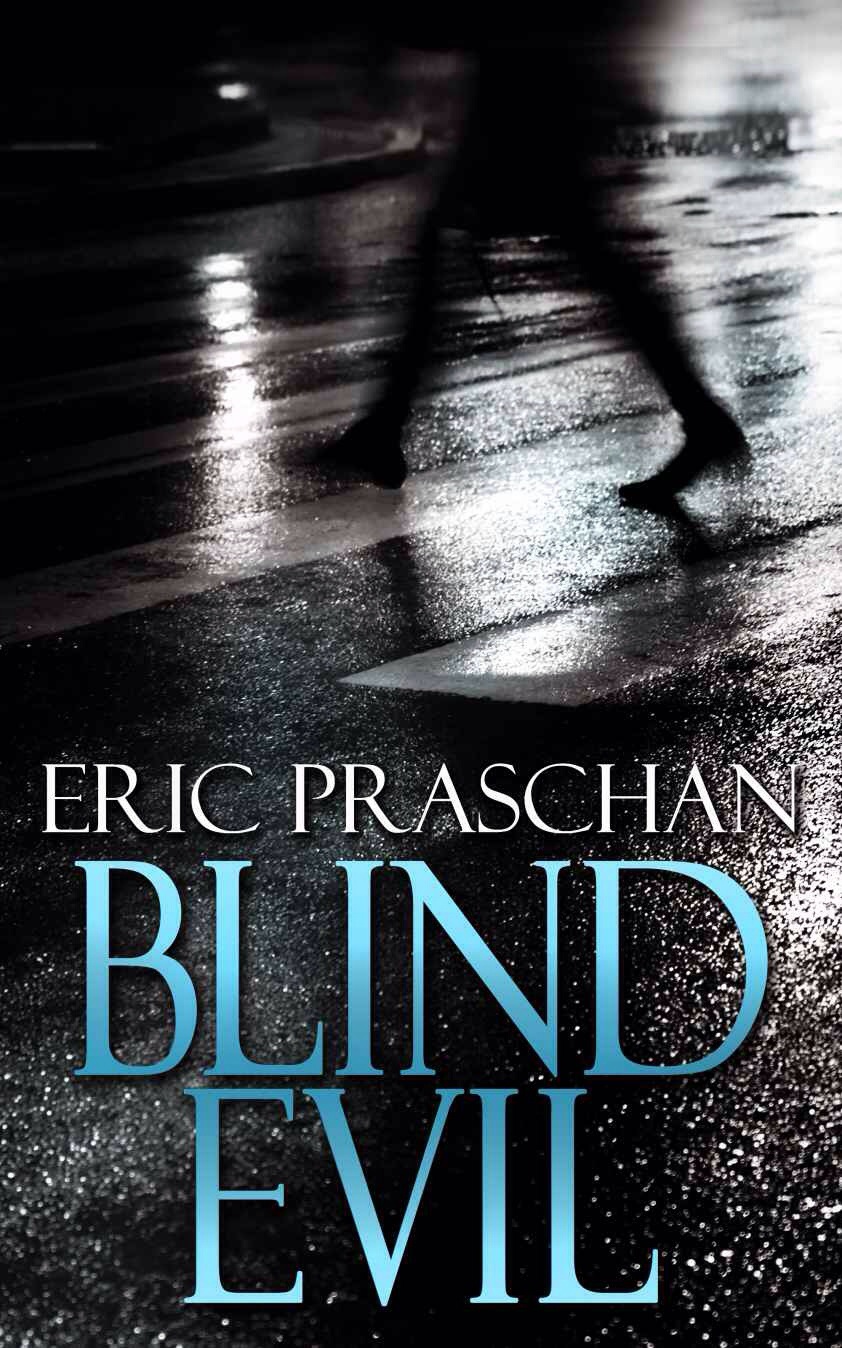 Death is Overrated by Jeffrey Perren

“Professor Thomas Payne didn’t intend to wind up dead on his caving vacation to Wales, and in truth he wasn’t the victim. But proving his identity to the police becomes tricky after they pull his passport off the body and conclude the deceased is Dr. Payne, no doubt.

Things go from bogus to baffling when a mysterious phone call at the crime scene leads to the arrest of the young scientist. His fate seems sealed when the victim’s fingerprints match the professor’s work visa and his employment records disappear altogether.

A tart-tongued American with no identity looks like a pretty good patsy to the detectives eager to close the case. Being accused of killing himself presents the brooding inventor with an interesting puzzle, but taking time to solve it from jail will threaten his deadline to file a patent worth millions.

Intervention by the smitten police captain’s sculptress daughter frees Thomas to search for clues to prove his innocence before his invention goes up for grabs. So, it’s off around the UK with Terri, one jump ahead of the authorities — and his estranged sociopathic father, a lapsed Quaker who may be the real killer. One slip and claustrophobia will be the least of his problems.

Thomas’ journey soon becomes as much about healing his troubled past as recovering his present self. Along the way, he’ll battle betrayals by his envious staff, romance the rebellious artist, and suffer harrowing misadventures at historic sites in Ireland, Scotland, and Wales.

Travel — even to find yourself — was never so perilous.”

A marvellous and witty mystery written with humour and very engaging. When a body is found by a bunch of cave explorers the local constabulary have a puzzle on their hands as their prime suspect claims to be an American citizen by the name of Dr Thomas Payne but the passport found on the body bears the same identification. So who is the actual murder victim and why was he killed?

Fate and his father have strange things planned for Thomas but can he defy both and save the love of his life? This romance/mystery/crime thriller has many turns and is hugely entertaining. I found myself chuckling away to turns of phrase in the book too. Highly recommended!

On Australia’s island state, more than one species of Tasmanian Devil exists…

Beneath the surface of Nina Holt’s perfect marriage lurks a life of terror inflicted upon her by her politically powerful husband Michael and his brother Greg, a sadistic detective. For over a decade they have managed to keep Nina imprisoned, using her to satisfy their every whim.

Worse still, the only light in her life—her 9-year-old son, Sam—considers Michael a hero. When Sam imitates Michael’s violence by lashing out at her, Nina knows it’s time for both of them to escape before Sam truly turns into the monster Michael is grooming him to become.

After crashing her car in her haste to escape, kind motorist Case Herder offers her help. Unaware that he has his own plans for her, Nina accepts, igniting a deadly game of cat and mouse as they flee across Tasmania with Sam.

As Michael and Greg relentlessly hunt them down to Cradle Mountain, Nina finds herself with nowhere left to run. Cornered, she has no choice but to face evil head-on.

A fantastic, taut and suspenseful thriller set in Tasmania, Australia. Michael Holt seems to have the perfect house, job and family but what lurks underneath the veneer is grotesque and chilling. A story of the imprisonment and abuse suffered by Nina, wife of the Premier of Tasmania (fictional!).

Despite a few small errors in the Kindle version of the book I had I still found this book highly enjoyable, be warned as it is quite graphic in places but if you aren’t squeamish and don’t mind reading about sex and violence this is a very good romance crime thriller to try.

No Cure For Murder by Lawrence W Gold

Death at Brier Hospital is routine and provides the perfect opportunity to murder and get away with it. Jacob Weizman, a physician, and his wife, Lola, a psychotherapist, are holocaust survivors and need no proof of evil in this world. Jacob and Lola are unique protagonists.

They’re octogenarians who take the fear out of getting old. Their intelligence, competence, humor, and sense of history make them appealing in a world that too often disdains the aged.

After fifty-five years practicing medicine, Jacob is disappointed, but not surprised by several patients’ deaths, even the unexpected ones. Soon, however, it becomes clear that a killer is stalking the halls of Brier Hospital targeting Jacob’s patients. While Jacob has made enemies over the years, he finds it inconceivable that anyone would murder his patients for revenge. The killings mount even as the hospital and police increase security and pursue a vigorous investigation. Finally, unsatisfied with surrogates, the killer targets Jacob.

An interesting medical thriller but I did find the main story was hidden by lots of smaller parables. I loved reading all the characters but I found Lola more interesting than Jacob (is there going to be another book where she has center stage?) and much more likeable.

There are a number of suspects to choose from and the hook gives a lot of background information on victims etc, but I just found all those details diluted the main story. Not the best of LawrenceGold’s books but still very readable.