This week has been a good week for books as the ones I read were very good and I seemed to be giving out 5 stars left, right and center. Anyone who reads my blog knows I don’t invest much time in the star system and I don’t award stars on my blog (you can see my star scores on Goodreads and Amazon though) just what I thought of the book.

Until You (Fall Away Series Book 1.5) by Penelope Douglas

This novel contains graphic sexual content and harsh language. It is only appropriate for adult readers age 18+.

Have you ever been so angry that hitting things felt good? Or so numb that you actually felt high? The past few years have been like that for me. Traveling between fury and indifference with no stops in between.

Some people hate me for it, while others are scared of me. But none of them can hurt me, because I don’t care about anything or anyone.

I love her so much that I hate her. We used to be friends, but I found out that I couldn’t trust her or anyone else.

So I hurt her. I pushed her away.

But I still need her. The sight of her centers me, and I can pool all of my anger into her. Engaging her, challenging her, bullying her…they are my food, my air, and the last part of me that feels anything human.

But she left. She went to France for a year, and came back a different girl.

Now, when I push, she pushes back.

I think if you loved the first book you definitely need to read this one. It would be sacrilegious not to. 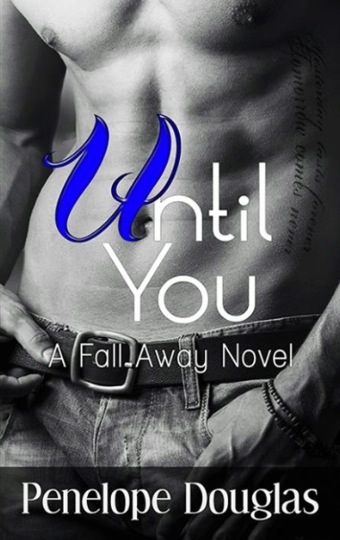 My name is Dr. Adeline Glen. Due to a genetic condition, I can’t feel pain. I never have. I never will.

The last thing Boston Detective D.D. Warren remembers is walking the crime scene after dark. Then, a creaking floorboard, a low voice crooning in her ear… She is later told she managed to discharge her weapon three times. All she knows is that she is seriously injured, unable to move her left arm, unable to return to work.

My sister is Shana Day, a notorious murderer who first killed at fourteen. Incarcerated for thirty years, she has now murdered more people while in prison than she did as a free woman.

Six weeks later, a second woman is discovered murdered in her own bed, her room containing the same calling cards from the first: a bottle of champagne and a single red rose. The only person who may have seen the killer: Detective D.D. Warren, who still can’t lift her child, load her gun, or recall a single detail from the night that may have cost her everything.

Our father was Harry Day, an infamous serial killer who buried young women beneath the floor of our home. He has been dead for forty years. Except the Rose Killer knows things about my father he shouldn’t. My sister claims she can help catch him. I think just because I can’t feel pain, doesn’t mean my family can’t hurt me.

D.D. may not be back on the job, but she is back on the hunt. Because the Rose Killer isn’t just targeting lone women; he is targeting D.D. And D.D. knows there is only one way to take him down:

I have been a long-term fan of Lisa Gardner from when I read her first book years ago. I have kept up with the books and I loved this one.

I really wanted/needed to read a decent crime thriller and this one fitted the bill. The legacy of a serial killer father and a murderous sister is only part of what Adeline Glen has to deal with. She suffers from a rare genetic mutation which means she cannot feel pain. She is also a psychiatrist who specialises in dealing with physical pain.

When a killer with a similar MO to her dead and hurried father emerges Adeline’s world is put in a spin. Detective DD Warren is on the case despite being off work with an injury and she’s ready to chase down those leads with or without Adeline’s co operation. 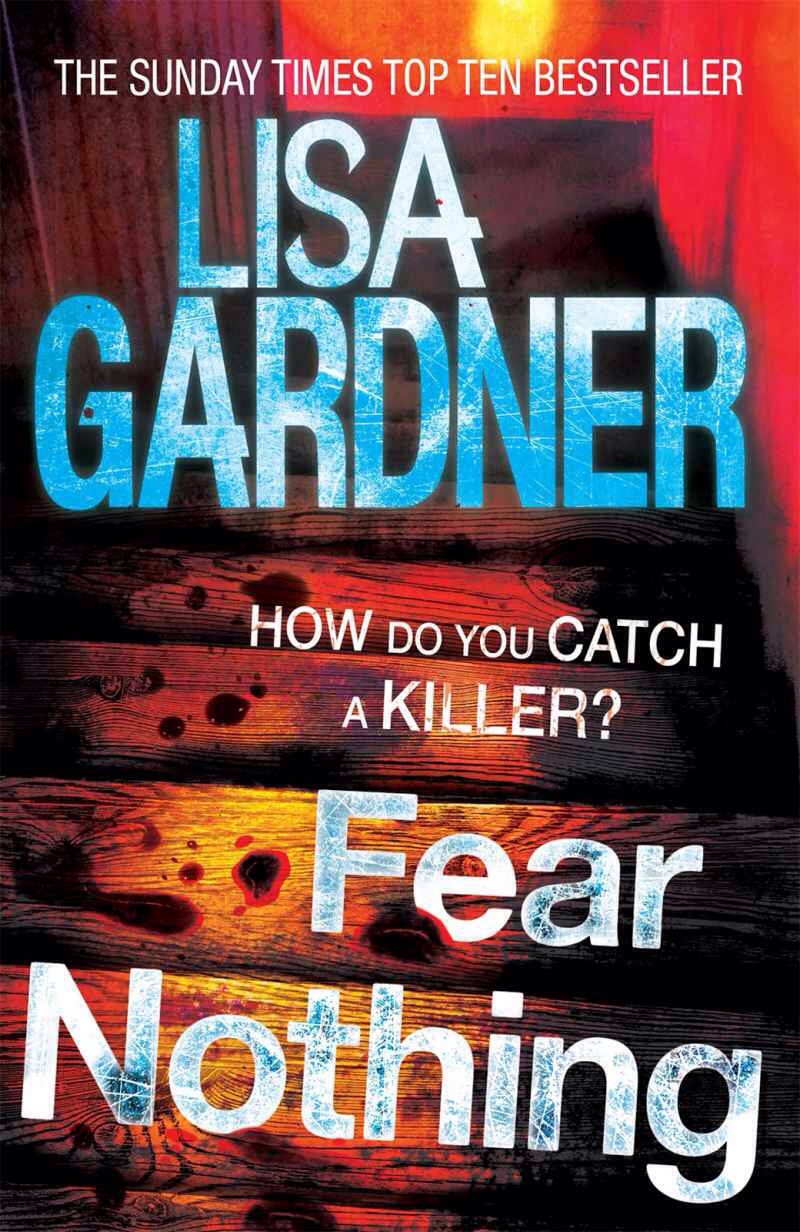 Suffer The Children by Craig DiLouie

From an acclaimed horror writer, a chilling tale of blood-hungry children who rise from the dead in this innovative spin on apocalyptic vampire fiction.

Suffer the Children presents a terrifying tale of apocalyptic fiction, as readers are introduced to Herod’s Syndrome, a devastating illness that suddenly and swiftly kills all young children across the globe. Soon, they return from the grave…and ask for blood. And with blood, they stop being dead. They continue to remain the children they once were…but only for a short time, as they need more blood to live. The average human body holds ten pints of blood, so the inevitable question for parents everywhere becomes: How far would you go to bring your child back?

I have never read this author before but I was pleasantly surprised and really enjoyed this book.

A chilling and harrowing dystopian thriller about an awful parasite that affects children only, leading to their sudden death and subsequent resurrection. This disease sweeps the planet resulting in the death of a generation of children. The remaining adults then find they can bring their children back for short periods of time by feeding them blood, but what length will they go to for their children? How will this struggle with the parasite end?

An insightful and frightening horror thriller, not for the faint hearted. 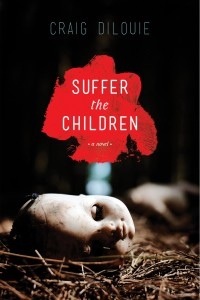 The remoter parts of the English Fens are forlorn, lost and damp even in the height of summer. At Iyot Lock, a large decaying house, two young cousins, Leonora and Edward are parked for the summer with their ageing spinster aunt and her cruel housekeeper. At first the unpleasantness and petty meannesses appear simply spiteful, calculated to destroy Edward’s equanimity. But when spoilt Leonora is not given the birthday present of a specific dolly that she wants, affairs inexorably take a much darker turn with terrifying, life destroying, consequences for everyone.

I have loved reading Susan Hill’s other books and was happy to go back to a paperback just this once to read Dolly and I’m glad I did. Atmospheric and taut you know the story is going to get scary without too many words to spoil what’s coming in your imagination. This book is no exception, when his cousins rude and nasty behaviour results in some dire consequences, Edward isn’t spared the resulting payback.

Haunting and hair-raising lay chilly, this is classically Susan Hill doing what she does best.

When Nick Hall wakes up in a dumpster–bloodied, without a memory, and hearing voices in his head–he knows things are bad. But they’re about to get far worse. Because he’s being hunted by a team of relentless assassins. Soon Hall discovers that advanced electronics have been implanted in his brain, and he now has two astonishing abilities. He can surf the web using thoughts alone. And he can read minds. But who inserted the implants? And why? And why is someone so desperate to kill him?

As Hall races to find answers, he comes to learn that far more is at stake than just his life. Because his actions can either catapult civilization to new heights–or bring about its total collapse.

Extrapolated from actual research on thought-controlled web surfing, Mind’s Eye is a smart, roller-coaster ride of a thriller. One that raises a number of intriguing, and sometimes chilling, possibilities about a future that is just around the corner.

A fast paced tech thriller which hits the ground running from page one and asks a very interesting question about mind reading and mind control of the internet. I loved the premise of this book and boy did it deliver! I didn’t want the book to end but couldn’t stop reading it.

The characters were well written, however I did find some of the dialogue stilted to include information to keep readers on track rather than authentic believable dialogue. This did not distract from this fast paced story of our protagonist on the run.

Definitely one to keep you hooked until the end and a must read for cyber geeks! 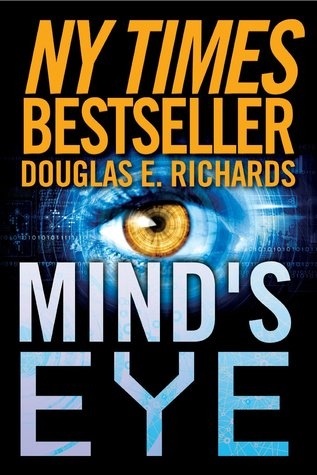