Since I last blogged about Tinky things have come along at quite a pace. Tinky is more settled, happy and confident, she is eating well with the others and even sleeps in their beds amongst them. The others sniff her and don’t growl or hiss and she seems to be happy with most of them but has her moments with Basil.

Tinky is picking on Sally, but I expected this as Sally is bottom of the pecking order so at some point Tinky would try to dominate her but it seems this little power struggle is more or less over as Tinky largely ignores Sally and Sally just keeps her distance. 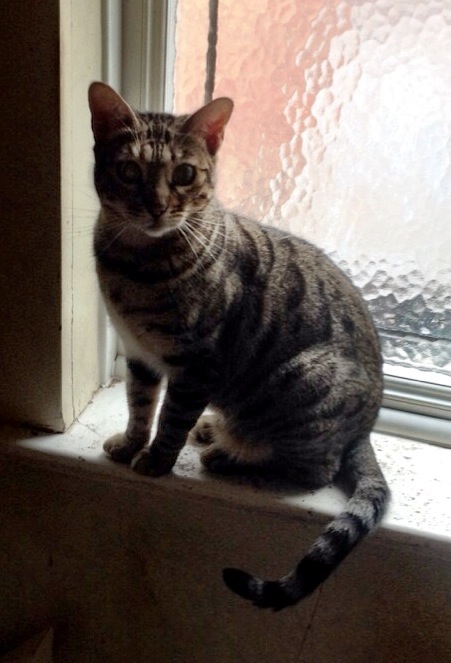 Sally on her perch

Basil, I’m not sure, no in fact I’m pretty sure just doesn’t remember or understand that he isn’t the stud muffin we all let him believe. For some reason he tries to get a little too intimate with Tinky and well, Tinky just isn’t that sort of girl. After being slapped a few times he hasn’t quite learned his lesson but I think Tinky is much more confident around him and only slaps him if he gets out of line now rather than when he makes any sort of approach. 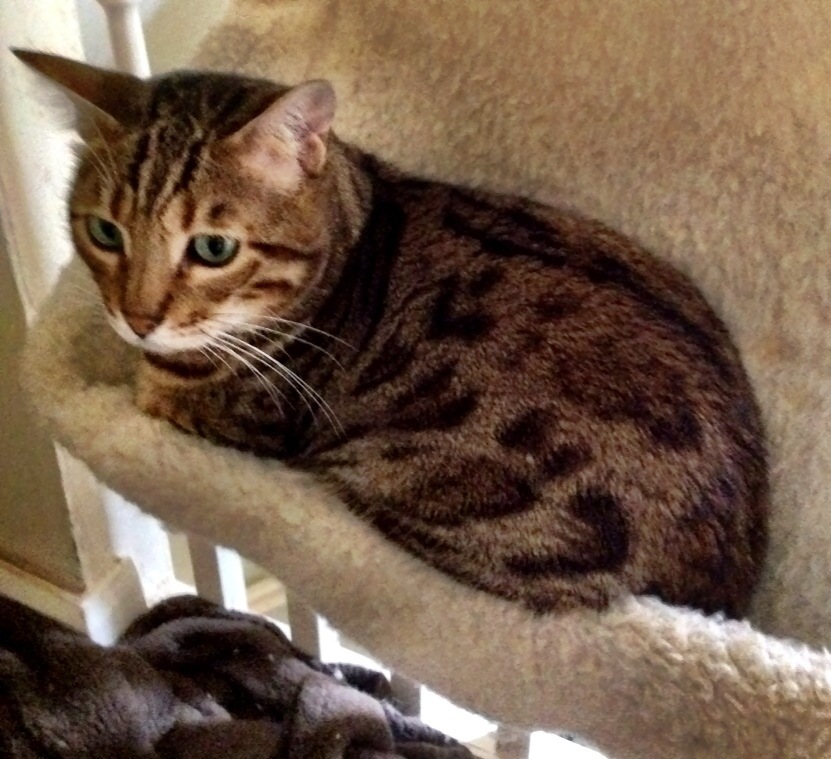 Basil in the hammock bed

By and large we have quieter nights but we have lost the lock on the bathroom door, which we were able to lock from the outside to keep curious cats out. We have had to get up to chase cats out of the bathroom we think Tinky is letting them all in and Sally likes to sit on the loo lid, Tinky likes to sit on the hamper and the other 2 like to play with the loo roll or my face wash. I think the faster we get a new outside lock on the bathroom door the faster we get to sleep well at night again.