Over the past few weeks we have been nursing Tinky, one of our earliest and elderly Bengal cats. Tinky has uncharacteristically been off her food and underwent a weight loss that alarmed me. It has been a very long time since we had an ill cat, as touch wood, our cats seem to be in good health on a raw diet.

Dreading the more fatal diagnoses, we took a very reluctant Tinky to the vet to get her checked out and discovered she has chronic renal failure. This is not an uncommon condition in cats and our course of action was to give her a special renal diet and monitoring regularly.

As always, Tinky impressed me with her co-operation at the vets and her willingness to be a good patient by taking to her new food. She has moved into our bedroom with us and chooses to let us know when she needs to use the litter box so we can let her out, she point blank refuses to use a litter box placed in the bedroom.

I have been worrying about her and dreading her condition worsening, as unlike humans there’s no extensive treatment for chronic renal failure and even if there was she would hate it, but Tinky seems to be putting on a bit of weight, is well hydrated and apart from being just a little more tired than usual, is getting better slowly but surely.

At 9 years old (52 cat years, I’m reliably informed), Tinky has a successful way of communicating with us and has been a model patient. I hope we can keep her well for as long as possible. 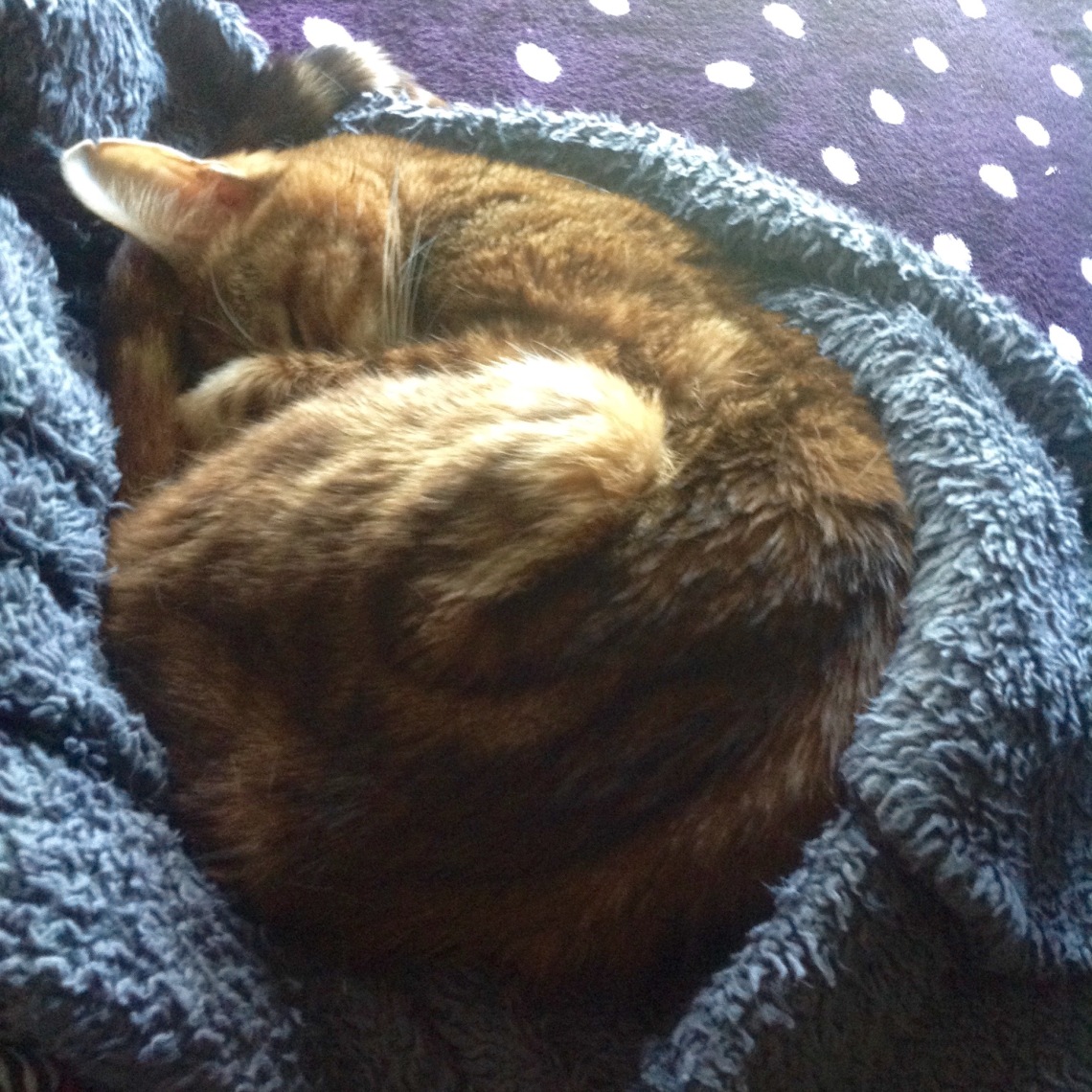 Tinky making herself at home in “her” bed.