This unforgettable memoir was the basis for the Academy Award-winning film 12 Years a Slave. This is the true story of Solomon Northup, who was born and raised as a freeman in New York. He lived the American dream, with a house and a loving family – a wife and two kids. Then one day he was drugged, kidnapped, and sold into slavery in the deep south. These are the true accounts of his twelve hard years as a slave – many believe this memoir is even more graphic and disturbing than the film. His extraordinary journey proves the resiliency of hope and the human spirit despite the most grueling and formidable of circumstances.

A first person view into a life in slavery.no life should exist in slavery and the details behind this man’s capture did not make the reading any worse. The strength of the human spirit is much to celebrate in the face of the evil men can do. I have not watched the film but I think after reading this the screenplay can only make the story more sensational, three-dimensional and entertaining.this is not a thrilling or particularly exciting read but it tells an important story and is a voice long overlooked.

As enlightening and sorrowful as this narrative is to read I did find it monotone so if you want the experience without all the romanticism and Brad Pitt it is definitely worth a read.

Jefferson Winter is no ordinary investigator.

The son of one of America’s most renowned serial killers, Winter has spent his life trying to distance himself from his father’s legacy. Once a rising star at the FBI, he is now a freelance consultant, jetting around the globe helping local law enforcement agencies with difficult cases. He’s not got Da Vinci’s IQ, but he’s pretty close.

When he accepts a particularly disturbing case in London, Winter arrives to find a city in the grip of a cold snap, with a psychopath on the loose who likes abducting and lobotomising young women. Winter must use all his preternatural brain power in order to work out who is behind the attacks, before another young woman becomes a victim.

As Winter knows all too well, however, not everyone who’s broken can be fixed.

Fast-paced and far from predictable a refreshing new character on the crime thriller front Jefferson Winter is an ex-FBI behavouralist who now works free lance as a consultant and his new case is in London.

Full of twists, turns and gory to boot this is a very thrilling book and as much as I enjoyed it there were times I found Winter to be a bit of a smart-ass but it didn’t take too much away from the enjoyment of the book.

I look forward to the next one. 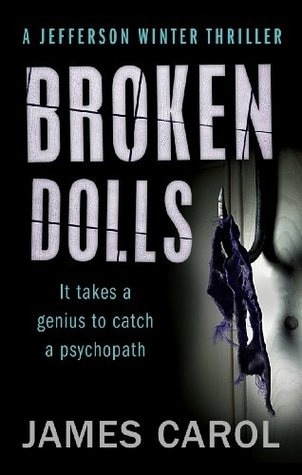 The a Flavours of Love by Dorothy Koomson

‘I’m looking for that perfect blend of flavours; the taste that used to be you. If I find it, I know you’ll come back to me.’
It’s been 18 months since my husband was murdered and I’ve decided to finish writing The Flavours of Love, the cookbook he started before he died. Everyone thinks I’m coping so well without him – they have no idea what I’ve been hiding or what I do away from prying eyes. But now that my 14-year-old daughter has confessed something so devastating it could destroy our family all over again, and my husband’s killer has started to write to me claiming to be innocent, I know it’s only a matter of time before the truth about me and what I’ve done is revealed to the world.

My name is Saffron Mackleroy and this is my story.

I was hooked to this read from the start, it’s not an easy book to read as Koomson delves quite deeply into the mind of a character with an eating disorder and she does it very well. The mysteries and the follies of human nature that unfold in this book for me couldn’t be more gripping.

A roller coaster of emotions and themes that will reason ate with many who may be experiencing similar issues, a deep delving read.

The State We’re In By Adele Parks

What are the odds that the stranger sitting next to you on a plane is destined to change your life? Especially when they appear to be your opposite in every way.

She’s a life-long optimist, looking for her soul mate in every man she meets; he’s a resolute cynic – cruel experience has taught him never to put his faith in anyone.

People can surprise you. In the time it takes to fly from London to Chicago, each finds something in the other that they didn’t even realise they needed.

Their pasts are such that they can never make one another happy and it’s when they get off the plane, that their true journey begins…

I started reading this with no expectations and enjoyed it, the character Jo is not a role model, not without flaws nor necessarily someone like you or someone you will relate to at all, but she is an amalgamation of many people we probably know or hear about in our modern society and reading about her character and the other characters I this book was both entertaining and thought-provoking. It was humorous and cringeworthy in places but not every book or every book character needs to be uber-cool to work.

I won’t give any of the story away because I think your best chance at enjoying this book is to go into it without expectations.

What would you sacrifice to learn the truth? That is the question Alex Bowen, a headstrong college student from Beaverton, Oregon, must ask herself when she learns she’s being watched. But who’s doing the spying? And why have they chosen her?
Thrown from her world of comfort, yet determined to discover the truth, Alex soon finds herself cut off from family and friends and forced to make allies wherever she can find them. With dead ends at every turn, and more than one pursuer closing in, she quickly learns some questions are best left unasked. Now, with her life and sanity on the line, Alex must resist her enemy’s mind games if she wants to expose every dark secret. To succumb would result in her true identity being lost forever and countless others suffering the same fate. But to succeed, would shatter everything she knows.

An absolutely gripping thriller of a woman who finds out everything she knows isn’t what it seems. The twists turns, suspense and mystery here keep you reading, the horrific truth behind what is going on is shocking and thought-provoking. Add in the thrilling stand off at the finale and really I think this is one hell of a ride.

I loved the premise of this scientific thriller and I loved the strong female characters but I was rather annoyed with the amount of typos in the ARC I received and also minor grammatical errors started to grate on me such as using heard instead of herd and bowl instead of bowel. I am sure there are more to certain characters like James and Bryan that weren’t fully explored and I felt a little bereft about that.

As a thriller this is top notch and has the potential for a full 5 stars but it needs a good proof-read and edit in my opinion.